A Deep Dive Into Web2 vs. Web3: An Outlay of Key Differences

The traditional way of doing business in the Web 2.0 atmosphere isn't going anywhere in the upcoming decade, but we should start talking more about Web3 and how it is changing the digital marketing landscape. 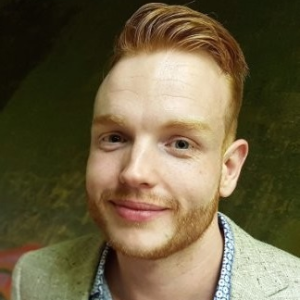 First, let’s look into what the web is, and in this case, web1. Yes, we also have the first version of the web.

The first iteration of the world wide web was just a network of computers. A network where only the administrators of the servers running in the network could store and display data on the web for the world to see.

The initial web was based on three fundamental technologies that functioned as the foundation of the net. These three technologies are:

These technologies ushered in the capabilities for browsers like Netscape Navigator to navigate the era of Web 1.0. The era of static web pages retrieved from servers. This was nothing compared to what we are used to these days with all the slick content presented to us in today’s day and age.

Then web2 came around. A more social web. A web where users could share their thoughts and ideas on the web through simple, user-friendly interfaces.

Being able to interact with a website and display user-input data introduced the capability to create interactivity, user-generated content, and social connectivity.

These developments, combined with the increased connectivity that mobile devices introduced, allowed today’s most famous apps to dominate the online market space and greatly expand online interactivity and utility between people.

Are you still mostly revolving in the Web2.0 space? Here is a list of the Top 16 Best Social Media Management tools.

The traditional way of doing business in the Web 2.0 atmosphere isn’t going anywhere in the upcoming decade. Still, we can slowly start talking about a world with less centralized authority and more automated business execution.

Web3 can be perceived as an alternative version to the web, where services are not hosted by a single service provider but by a host of peers sharing information through a series of blockchains.

The idea is that every stakeholder in a Web3 service participates in a way, for instance, by validating blocks in the network.

Are you interested in finding out different ways to market yourself in the blockchain space? Check out this article we wrote: Blockchain Marketing Strategy: Best Practices, Tips, Strategies

What is a Blockchain?

In short, a Blockchain is an immutable ledger, a forever growing registry, that records transactions and tracks assets in a network.

The upcoming block verifies each new block in the chain, and these blocks are processed by a series of computers in a network.

Blockchains have allowed for a trustless way to validate the data recorded in the blocks without the intervention of a third party.

Each block is immutable and duplicated across the entire network every time a new block is validated.

This way of recording data makes it difficult to change, hack or cheat the system.

Smart contracts are simply pieces of written code that execute when certain conditions are met, just like we are used to with traditional programmed applications.

When a smart contract is deployed on a blockchain, it is typically immutable.

Meaning that once the smart contract is deployed, it can not be changed. It will be stored on the blockchain indefinitely, and if any specific application that uses a smart contract needs to be altered, a new smart contract must be written and deployed.

There are some exceptions to this. For instance, smart contracts are used as proxies to call on specific functions within a previously deployed smart contract, which allows for the altering of functionality in an application.

But for now, let’s assume that smart contracts are immutable. And this also applies to the data stored on the blockchain when the smart contract is executed.

When the specific conditions of a smart contract are met, it executes its code, which will store the data in the blockchain, making it immutable and public for everyone to see.

Every smart contract execution is stored in an immutable ledger on the blockchain. If someone with nefarious intentions wanted to change the data stored on-chain, they would have to change every block in the chain that has ever been created.

Smart contracts can be used to register a vehicle, release funds to a specific party, record a sale, and a lot more things without the bureaucracy of third party involvement to verify the deal, which can introduce a significant increase in time needed and resources spent to come to an agreement.

Now that we’ve covered some of the basics behind Web2 and Web3, I’ll create a concise table highlighting how web2 and web3 compare.

Web2 is the version of the web we as a species currently know and love where the companies that offer services in exchange for data dominate it.

Web3, on the other hand, is the creation of decentralized applications that run on the blockchain. Apps that, for the most, incentivize users financially to participate usually do not monetize their data.

A lot of people consider Web3 to be a major upgrade. A series of technological advancements with the potential to shake up traditional business models and change the way we look at the web.

From a front-end perspective, the difference between Web2.0 and Web3 will be barely noticeable to most people. Many of the fundamental concepts behind web3 are out of the conceptual reach and way too complex for the layman.

While Web3 comes with some fascinating technology, it has a long way to go before the majority will be onboarded. Especially in terms of user-friendliness.

Brenton Way is on the cutting edge of developments in the Web3 space. Interested in how you can start dominating the Web3 space? Contact us for a free consultation.

Check our other articles Companies are constantly searching for the next trend or idea that will make headlines. In a saturated market, effective digital marketing requires unique and innovative strategies. Check out these top 25 creative marketing agencies that make it happen. Internet is all about keeping up. With every upload to the internet, there is only one subliminal message echoing through