New Innovative Metaverse Marketing Platforms That Are Changing The Space 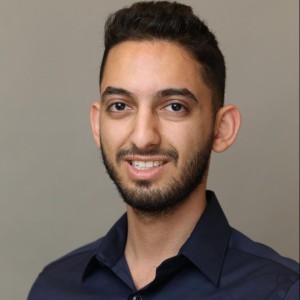 Metaverse marketing is the next big thing.

The promise of a highly detailed virtual reality world that can accommodate several human needs while at the same time promoting products, gathering data, featuring digital events, and so on is baffling!

Imagine you are waking up in the morning in a rush to get to work in time.

You have to get dressed, eat your breakfast, drink your coffee, then take the bus to get to work. That stuff is horrible, right?

Now imagine that, very shortly, you will be able to simply slap on a virtual reality device, log in to your metaverse avatar and get to work digitally.

Another bonus is that, in the Metaverse, you wouldn’t even have to participate in awkward conversations with that weird coworker that you always stumble upon near the water cooler.

“Sigh… Jared, listen, no one cares about your gardening pictures. Let me get back to my chair and go back to work!”

Simply put, Metaverse will change everything you know about the online and offline world.

People will start socially interacting in a digital environment, certain professions will be transitioned to VR, and even marketing strategies will change.

Defining The Metaverse for Marketers

Every Marketing expert’s dream is to promote their product or service in a highly populated environment with potential customers and at the same time without much competition.

Think about it. If you could travel back in time and be one of the first hundred companies that were able to run ads on television, you would say yes in a heartbeat.

Much like the old TV, the Metaverse as we know it today is still in its early stages of development. Not to say that marketers would not find competition in it.

Even big companies like Nike and Starbucks are already investing in Metaverse promotion of their brands.

However, the possibilities for growth are still immeasurable.

Metaverse platforms expect to sign over a billion users in the upcoming decade alone, possibly earning over $1 trillion in profit.

The Metaverse will combine “the creme de la creme” of technology to create the most unique and immersive user experience to date.

Technologies such as the Decentraland, artificial intelligence (AI), virtual reality (VR), Non-Fungible Tokens, and blockchain will all come together to create a perfect digital environment.

The goal will be to create a safe and interactive digital space where users will look to interact, shop and attend events together.

Big Tech is dropping unimaginable amounts of money and resources just so you can go out with your friends in a digital reality.

How does marketing in the Metaverse work?

And the answer is… you! Yep, you’ll be the one paying for this trillion-dollar industry, so I hope you have some money in the bank. You’re gonna need it.

But in all seriousness, as the user, you will be the one paying for it.

As with every social media platform, the goal will be to collect data to create target audiences that are more likely to buy from a specific advertisement.

The catch is that the Metaverse will be far more efficient in collecting user data to create the best possible target audience for advertisements.

On top of that, the interactivity that will only be possible in a digital world will change the way marketing works.

Just imagine, instead of showing an ad about a sunscreen lotion to the user, the Metaverse will have the ability to have the customer inside the advertisement.

Instead of the same old ad format of having a model showing the sunscreen in a video, users could be brought to a virtual setting on a Caribbean beach. In it, users can interact with an A.I. character that would talk and explain to the user why he is using that specific sunscreen.

The goal of every advertisement is to engage with the user. The Metaverse can offer thousands of possibilities where users not only are shown the ad, but they live it. It’s a unique experience unlike anything previously seen.

With all that was said above in mind, we decided to create a short list of the 5 best Metaverse Marketing Platforms in which businesses can potentially run advertisements.

Bloktopia is a digital Skyscraper made up of 21 levels. The users in this digital setting will be called “Bloktopians,” according to their official website, “users will have access to crypto information and immersive content all in one place.”

Bloktopia will have its blockchain currency, and players will be able to earn through Bloktopia’s digital real estate ownership, ad revenue, play-to-earn games, and much more.

Due to its advanced 3D Creation Engine, this V.R. skyscraper will feature some of the best graphics possible today in a digital setting.

Matrix World brands itself as a next-generation programmable 3D multichain metaverse. This digital platform encourages the creativity of its users by allowing them to build 3D dapps (decentralized applications) and customizing the in-game’s NFTs.

Such creative freedom made this platform grow in popularity rather quickly. As of now, all of Matrix World’s land parcels have been sold out.

Roblox is a gaming platform that allows users to develop games for other users. Out of all the options in the market, Roblox might be the most creativity-friendly out there.

Due to its uniqueness, Roblox is one of the most famous game-creation platforms in the market, especially for children. This means that you probably have already seen your annoying little nephew with his eyes glued to the screen as he plays inside the Roblox platform.

This gaming platform is also one of the fastest-growing platforms in the market today. To put it in perspective, Roblox went from 36 million daily users in 2020 to nearly 50 million users in a year.

This popularity with the younger generation can mean great possibilities for teen marketing opportunities.

The Sandbox is a blockchain-based game. As of today, in 2022, “Sandbox” has over 2 million users and is considered one of the most “ready” platforms capable of holding a virtual reality.

As the name states, “The Sandbox” gameplay is revolved around a “sandbox mode” where users can interact, create and craft their universe inside the game.

The game also has a well-established official currency for its metaverse, known as the SAND token. The token can be used to buy custom NFTs and LAND, a non-fungible token serving as the in-game real estate.

This match-up of sandbox gaming creativity with a  digital world running on its currency makes The Sandbox one of the most promising Metaverses to date.

Just like The Sandbox, Decentraland is another Ethereum blockchain-based platform.

However, this platform differs from its competitors by focusing less on the gaming aspect of its Metaverse. Instead, Decentraland focuses a lot more on the “Virtual Reality” aspect of the Metaverse.

The platform promotes itself as the first decentralized metaverse built, governed, and owned by its users.

In the platform, users are encouraged to build their environment in-game. The game has already recreated some remarkable buildings like the Eiffel Tower or The Acropolis of Athens.

Earlier this year, Decentraland partnered with the professional Tennis event Australia Open to create the world’s first official Tennis tournament in the Metaverse.

The platform also has its currency. MANA is the token used for Decentralands transactions. The platform is becoming so popular that the token has grown exponentially in value in recent months.

In January 2021, MANA was worth less than a cent. Today, the token’s value is already floating around $1.

Being one of the first real metaverse projects developed, Decentraland is on top of the food chain regarding virtual reality.

No matter which Metaverse platform you choose, all of them are filled with possibilities for Marketing capitalization.

Depending on what type of user you are looking to reach, one platform can be more lucrative than the other. The important thing is to elaborate and plan a good Metaverse marketing strategy while considering the interactivity that a digital world can offer.

Marketing is changing, but its core remains the same. If you want to be a successful Metaverse Marketer, you may have to change your approach to creating advertisements.

However, the critical aspect of the field is still the same. The goal is still to make creative and engaging, high-quality content that can make the consumer feel the need to interact with the ad piece.

Check our other articles What are the Best Techniques to Improve Conversion Optimization?

Conversion rate optimization is the neverending battle your business takes part in online. Increasing your conversion rate radically increases your

Fact: Mobile Content Marketing requires looking at your audiences website experience from mobile just as much as desktop.